A Private Members’ Bill is to be introduced in parliament following the success of the first ever Harry’s Pledge breakfast briefing in Westminster.

We took our campaign to parliament and hosted the breakfast briefing on 7 June, which saw supporters of the Pledge, along with MPs and other important stakeholders come together to discuss the importance of supporting carers and those they care for.

The event was sponsored by Northampton South MP Andrew Lewer and on the back of its success, another MP who attended, Peter Bone, has announced his intention to introduce a Private Members’ Bill to support carers.

Hayley Charlesworth, Harry’s Pledge campaign founder, said: “It was wonderful to be able to gather so many influential people in one room to promote the need for better support and employment conditions for carers, both paid and unpaid, under the Harry’s Pledge banner.

“There was lots of interesting discussion taking place throughout the morning and I hope that those who were in attendance will remember Harry’s Pledge and agree that it’s important that we do even more to support those who provide care, as well as those who need it.

“I’d especially like to thank Andrew Lewer MP for sponsoring the event and Peter Bone MP for spreading our message in parliament through the introduction of a Private Members’ Bill.

“We’re now looking forward to working with him and meeting with the Health Secretary Sajid Javid MP to further our campaign.” 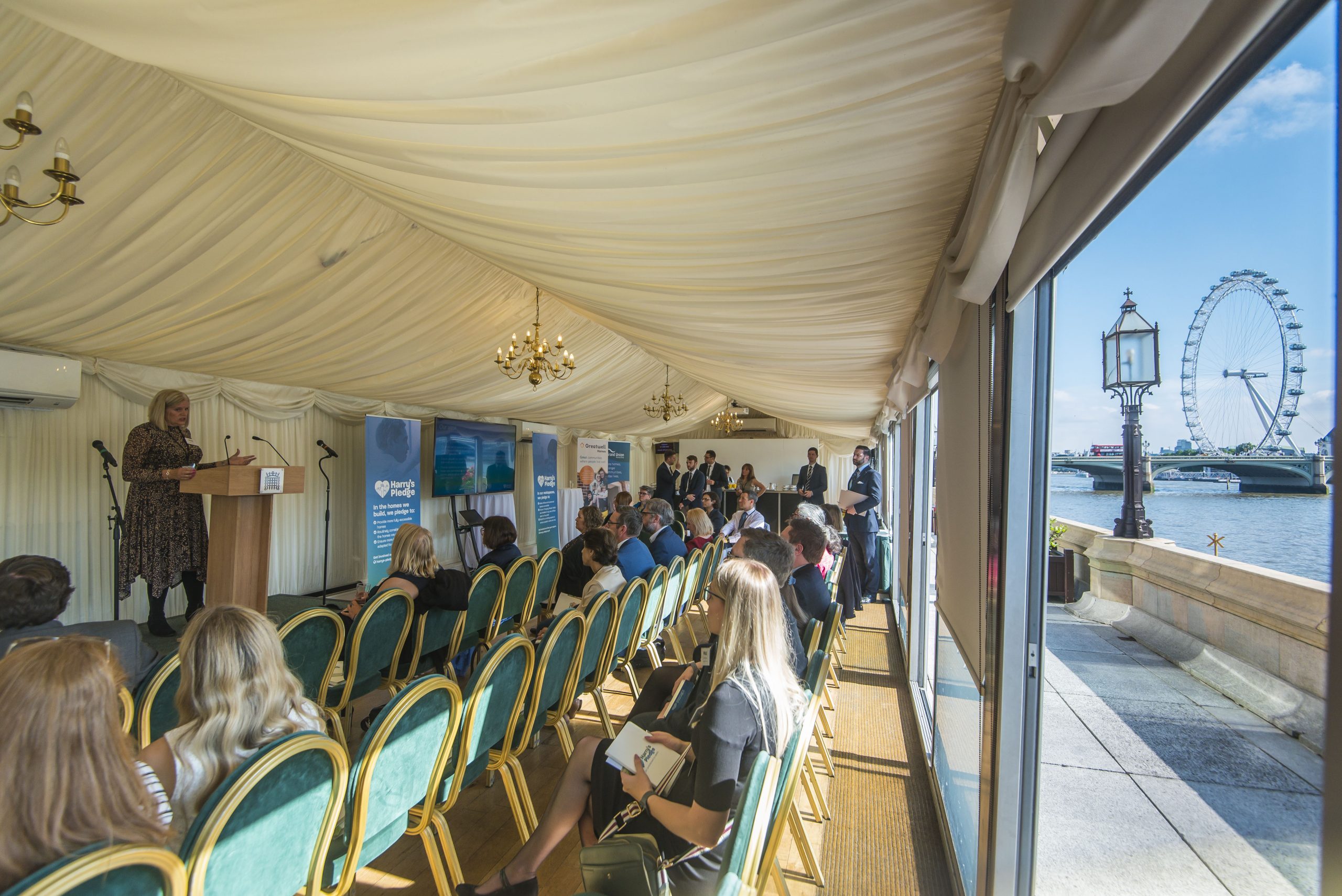 Peter Bone MP said: “The idea is to take Harry’s Pledge and to turn it into a Private Members’ Bill, which can go all the way through Parliament and become the law.

“We’re drafting that at the moment and we’ll require the Secretary of State to introduce guidance for authorities and that’ll include authorities like local government but also housing associations and it’ll cover all the Pledges within Harry’s Pledge.

“I’m hopeful that’ll go all the way through and become law – or, as is the case with many Private Members’ Bills, the Government will pick up on the key elements of it and make it a Bill of their own.

“One of the things we want to achieve is more flexibility for carers – many of those are effectively unpaid carers – and that’s not recognised currently.

“In my own family, my sister is effectively an unpaid carer, juggling work and her caring responsibilities and there ought to be a recognition of the important role that carers play.

Andrew Lewer MP added: “The role of carers in the system is absolutely vital. It’d fall apart if it wasn’t for the tireless efforts of voluntary carers, as well as paid carers, so anything we can do to make their lives easier, to be more understanding of work-life balance is vitally important. 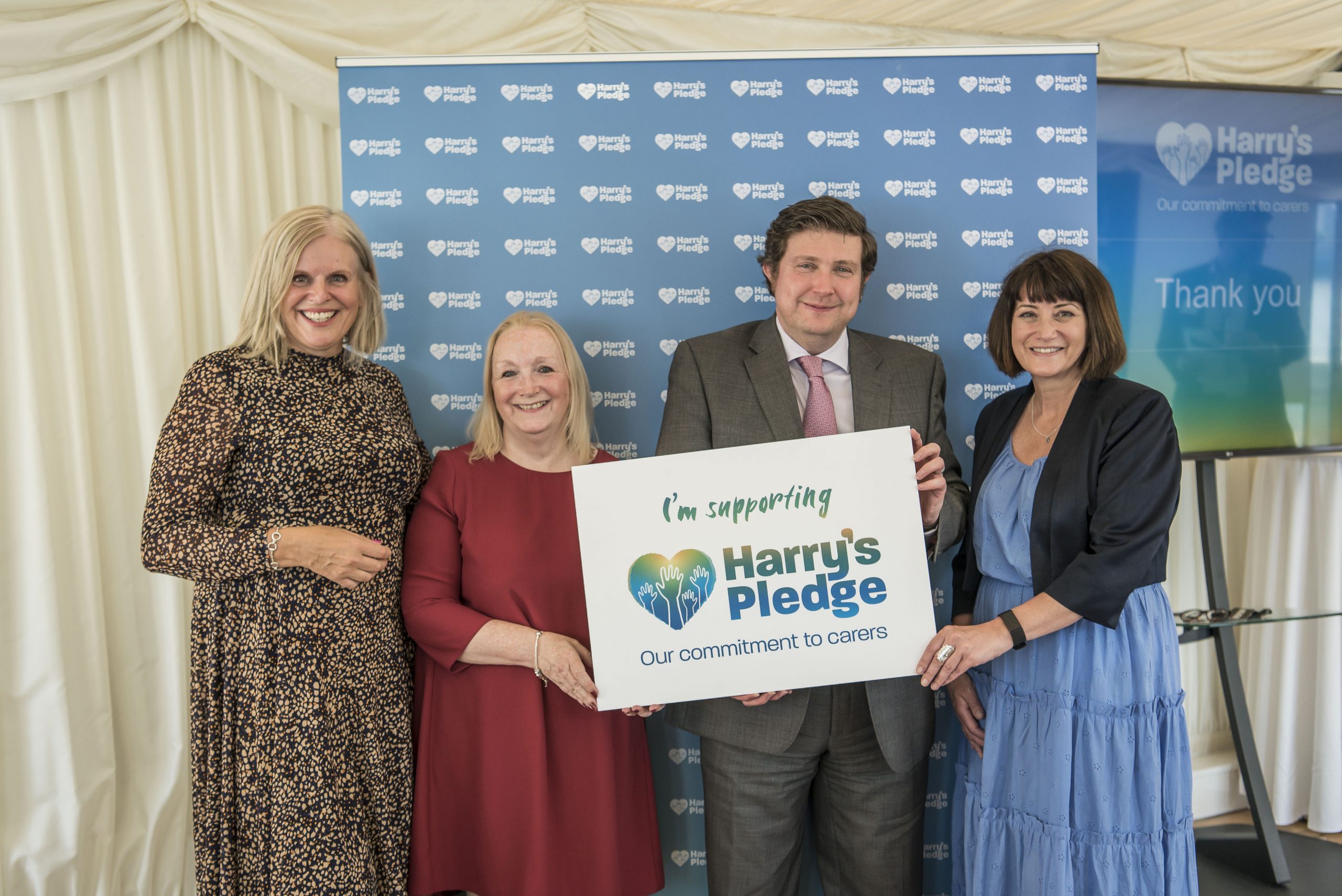 “The event was fantastically organised, passionately delivered and very moving indeed, giving me a lot to think about as I look to build on the work that I already do in this area.

“The parity of esteem issue is a very important but sometimes overlooked one. Throughout the pandemic, people were rightly praising the NHS but carers are just as key both day-to-day and in times of crisis for the increasing number of people who need care.

“Harry’s Pledge really helps focus people’s attention on that and I’d be delighted to take that forward in my Parliamentary work.”