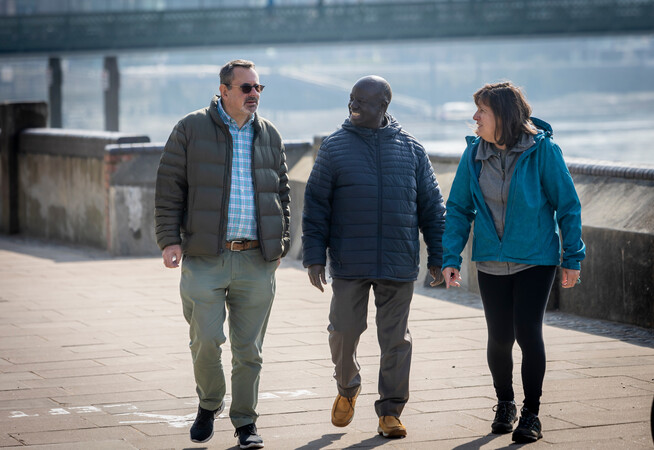 A supporter of Harry’s Pledge has hailed the impact of introducing a Carers Network in the workplace.

Notting Hill Genesis (NHG) introduced the network back in February 2020, subsequently the global pandemic ensued, which led to an increase in colleagues becoming carers for the first time. With the growing membership and wanting to ensure the business are committed to carers they backed Harry’s Pledge which has  led to a number of changes and improvements to working arrangements which are designed to help unpaid carers.

Some of these changes include updating flexible working policies, including carers alongside the protected characteristics on their diversity and inclusion impact assessments and presenting the group as a carer-friendly organisation on the external website.

There have also been regular carer workshops to educate staff who may not have caring responsibilities.

A member of the network, who works at NHG, said: “I think it’s really nice for an organisation to have carers recognised.

“I personally find it really rewarding being able to speak to others that are in the same position as me as they completely understand what you’re going through and the emotions you feel.

“Being part of this network has made me feel like I’m not carrying the burden by myself, and I have a place of safety where there is no judgement, that I can go to.”

NHG has also added various types of caring responsibilities to its annual staff satisfaction survey and hold weekly informal carers catch ups for members to check in, share experiences and have time out.

Most recently they have promoted carers networks externally by partnering with the National Housing Federation to create a case study on the importance of starting a carers network and how to do this, and the chair of the network Natalie Quilter leading a roundtable on LinkedIn exploring why companies in the social housing sector should be creating a carers network.

A spokesperson for NHG said: “Everyone connected is proud NHG is supporting carers and making it publicly known that we’re a carer-friendly organisation.

“Since its creation, our Carers Network has welcomed many new members over the past year and is proving invaluable in sharing experiences and offering practical and emotional support to people who are typically behind the scenes heroes.”